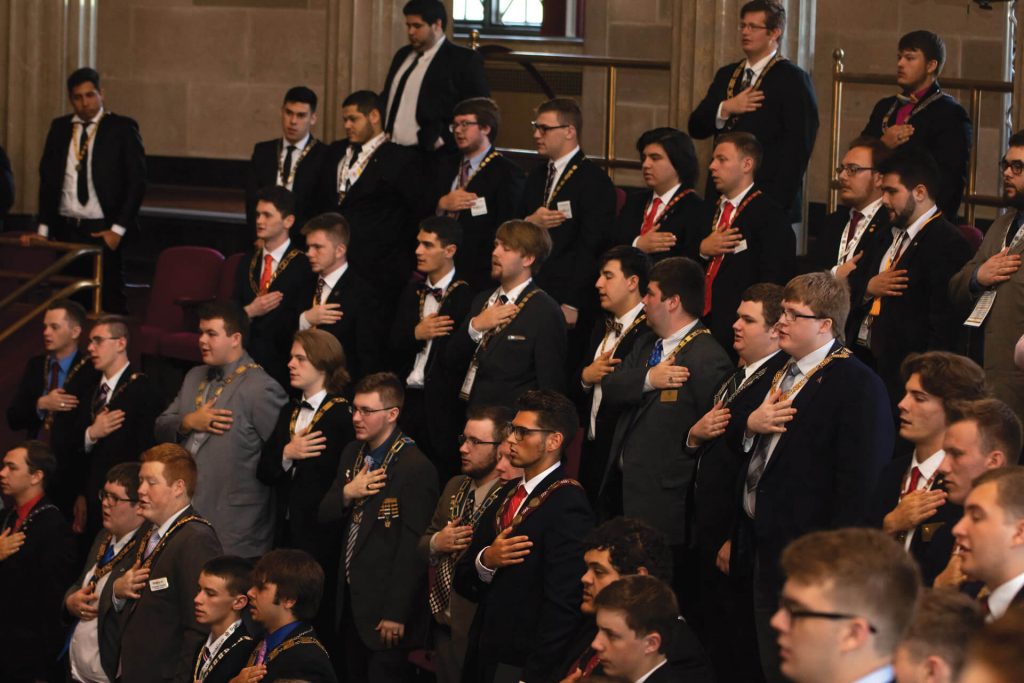 It was not until the middle of February that the opportunity for such a meeting took place. “Louis,” said Dad Land, “who do you run around with?”

“I have some friends in my neighborhood,” said Louis.

“How would you like to form a Club and meet here at the Temple?”

Louis thought the idea had possibilities and showed up the next week with eight other boys. That was February 19, 1919.

The boys came early that Wednesday evening and each in turn was introduced to Dad Land by Louis Lower with, “I want you to meet Ralph Sewell, Elmer Dorsey, Edmund Marshall, Jerome Jacobson, William Steinhilber, Ivan Bentley, Gorman McBride, and Clyde Stream. There are nine of us.”

They were a group destined to form a great youth organization and each was to advance through his efforts and determination to prominence in his chosen field of work.

Dad Land acknowledged each introduction with a handshake and word of welcome. “Before we get down to business, let’s make a tour of this building. I think you will find it just about right if we should decide to form a Club and use it as a meeting place.”

It was a radiant group that gathered about the long table in one of the meeting rooms that night. There was no doubt that they should continue to meet as a Club. The only question was a name. One suggested they use Greek letters as the college fraternities did but this was instantly voted down as making them only a part of other organizations. The name must be distinctive and carry meaning. They turned to Land for suggestions. He pointed to a recent series of prints on the wall that showed the adventures of Sir Galahad and the Knights of the Round Table. There was a negative shaking of heads.

The greatest of wars had ended only a few months before and the adventures of knights of old seemed far away. Then names were mentioned from history and from the Bible. Stories such as Damon and Phythias, David and Jonathan and of Nathan Hale. Nothing seemed to click until one of the boys, Clyde Stream, said “Dad Land, tell us something connected with Masonry. They must have great names and we are meeting here in one of their buildings.”

A Brotherhood Without Borders

How It All Started