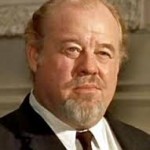 “I was fortunate to be born into a family of Masons. Indeed, my older sister, Audrey was Grand Matron of the Order of Eastern Star in Illinois. My DeMolay experience came very naturally because of my father and brothers. Thus was my youth enhanced.”